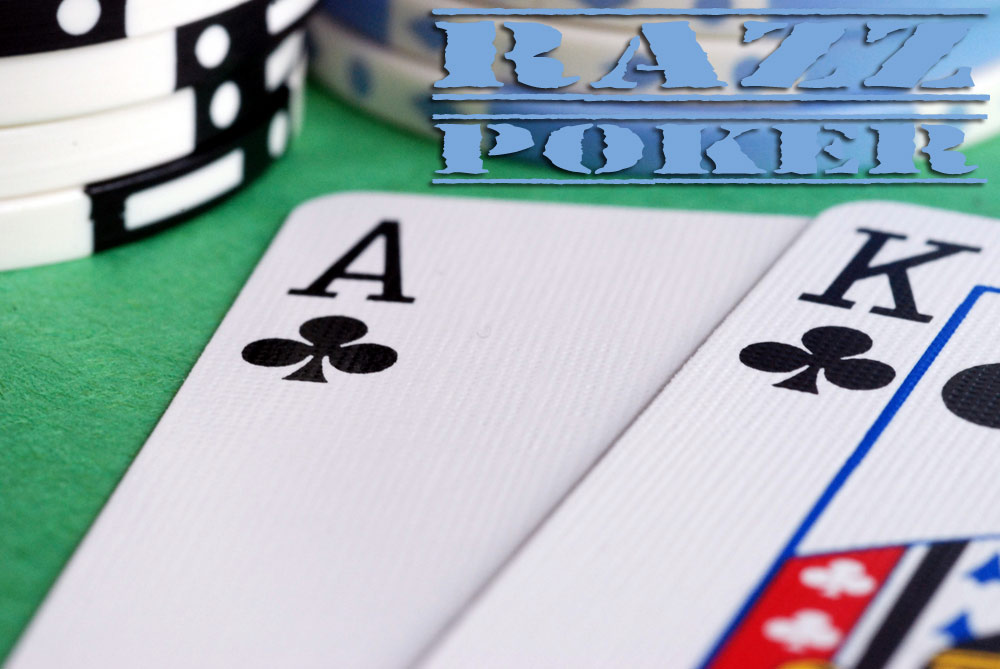 Learn about Razz poker hands and strategies the easy way

Razz poker is a stud variant of poker that was invented decades ago. However, it only began to become really popular in the late 2000’s. This is thanks in part to the H.O.R.S.E. variant in which Razz poker is the “R”.

Razz poker is a game for 2 to 8 players. Unlike Texas Hold’em and other similar variations, there are no community cards. It is also different from other 7-card poker games in that the objective in Razz is to form the worst 5-card hand possible.

How to Play Razz Poker

The Razz poker rules bear many resemblances to 7-card stud. At the start of a hand, each player receives 2 face-down cards and 1 face-up card. This is followed by the first round of betting which is usually called the “third street”. Each betting round after this has the next name in sequence such as “fourth street” and so on. The face-down cards are the “hole” cards and the other is the “door” card.

Before the round continues, each player must decide whether or not they want to keep playing based on their starting hand. A lot of Razz poker strategy hinges on people’s ability to judge the quality of their opening hand.

Each player will have the ability to fold after they are dealt a new card. The 3 cards that follow the first 3 are all dealt face-up and the final card is dealt face-down. In Razz poker, the best possible 5-card combination means forming the lowest scoring hand where the ace is the worst card.

Neither flushes nor straights are acknowledged in Razz. This means that the best hand (the lowest possible score) is a straight from ace to 5 with any suits. This is because this hand contains nothing other than a high card of 5. Any number greater than 5 beats this hand.

The best possible starting hand in Razz poker is an ace, a 2 and a 3. When there are 8 players at a table it is usually worth folding immediately if you receive anything better than an 8. Remember to bear in mind that all pairs are bad and so even a weak pair like two 2s is probably worth giving up on.

Razz poker strategy is about taking advantage of the ante. For example, a player may have a J as their door. Since they have the highest face-card they have to place the bring-in bet. If the play then folds around to the final player who is showing a 6 but has a Q and a 10 in the hole, that player should complete. This is because even though they know their hand to be worse than the player with the J, the initial player will probably have to fold.

After the initial hand, Razz poker strategy is all about understanding how to play with a low starting hand while keeping track of all of your opponents’ cards. Even good starting hands such as a 7, a 5 and a 3 can become worse if opponents are slowly revealed to have a lot of 6s and 4s in their face-up cards. This is because it will become less and less likely that you are going to be able to maintain a 7-low.